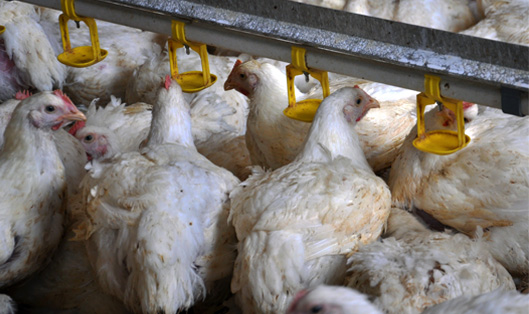 A feed additive that will protect young chicks against common bacterial infections such as salmonella and E.coli has been developed by early-stage company FOLIUM Science. Initial trials of its ‘Guided Biotic’ were seen to restore the natural balance of the healthy microbiome and revealed unexpected improvements in wellbeing.

Cambridge-based FOLIUM took part in the Start-Up Showcase at Agri-Tech East’s REAP conference (7 November), where co-founder Edward Fuchs explained how its Guided Biotics, provided alternative to antibiotics and potential solution to the growing problem of antimicrobial resistance in agriculture.

Fuchs says: “Our patented approach is highly specific, by removing only the pathogenic bacteria it leaves the animal with an intact healthy microbiome”.

“Preliminary trials in chickens indicate that reducing the disease burden improves the weight gain of the birds and removes the need to use antibiotics.”

FOLIUM is developing a new class of highly specific anti-bacterial technology based on a natural biomolecule called RNA, which is delivered directly to the pathogen.

RNA has a sequence, just like DNA, and if specifically coded it can trigger a natural process in the target bacteria that guides the bacteria’s own enzymes to degrade and digest the cell material. The process leaves no residues and so overcomes the problems of resistance.

The ‘Guided Biotic’ enables highly selective control of unwanted bacteria – even those resistant to antibiotics – while protecting closely related beneficial species of bacteria.

It can be introduced to young birds or livestock via a probiotic to treat the gut and help stabilise the microbiome. Alternatively, it can be used to counter infection, and stop the creation of biofilms – colonies of bacteria that are difficult to treat.

FOLIUM is currently focused on animal nutrition and welfare, including poultry, swine, cattle and aquaculture but sees potential for applications in plants as a bio-stimulant or novel form of seed protection.

Fuchs says that the initial trials have gone well: “We have a good collaborative network and the results from the trials have been promising, showing wider ranging benefits than we had expected.

“The next step is to investigate the benefits further with a feed to yield conversion trial and to prepare for regulatory approval. To support this we are looking for further funding alongside that of our long term investor Lundbeck Foundation.” 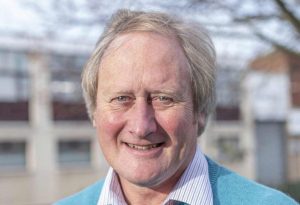 GUT MICROBIOLOGY AND HOW TO SUPPORT A HEALTHY MICROBIOME 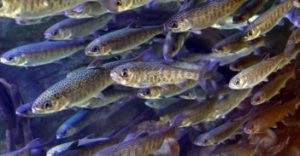